Those of you, who love Nate Berkus’ line at Target, probably know that some new items from his Spring collection will be available starting on February 16. While browsing online, I came across an add featuring this Nate Berkus’ starburst, in the below picture, which would be available at Target on the mentioned date retailing for $ 35. 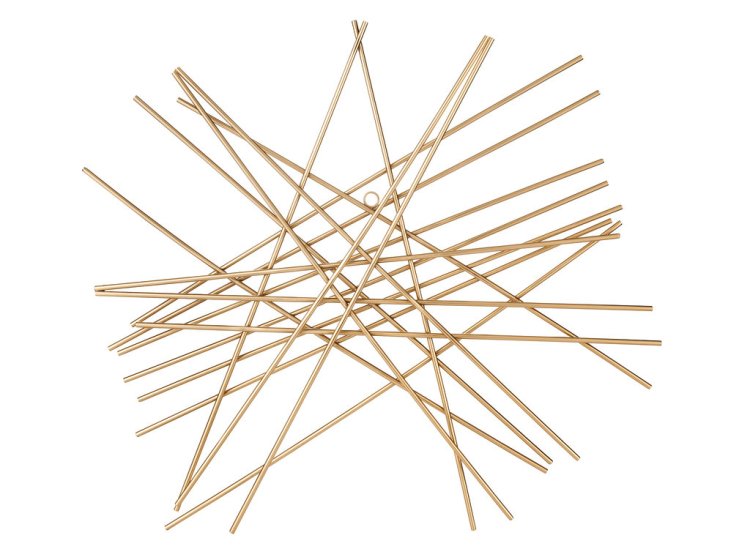 After analyzing the photo for a few seconds, I came to a conclusion that I could make something similar for much less.

I had some large bamboo skewers from another project, and of course I always have supplies of glue and spray paint, so it turned that I could make something similar for free. I love Nate and the Target, but it is just unjustifiable to spend $ 35 pus tax for an item which can be recreated so easily.

Soooo, here is what I came up with;

Not bad at all I think, and this is how I did it:

I first laid the first row of skewers in a similar shape as the prototype . I laid the second row trying to match the layout of the original and after I was satisfied with the layout, I glued the second row skewers to the first row ones at the points where they were meeting each other. I continued the same way with the third and the fourth row.
After gluing I allowed for about 24 hrs for the glue to dry completely, and then added a coat of spray paint.

Not a bad knockoff at all, and I made them two. Adding them in clusters seem to have more of an impact, and I am thinking of making another two and have all of them in a room which we use as a home office. 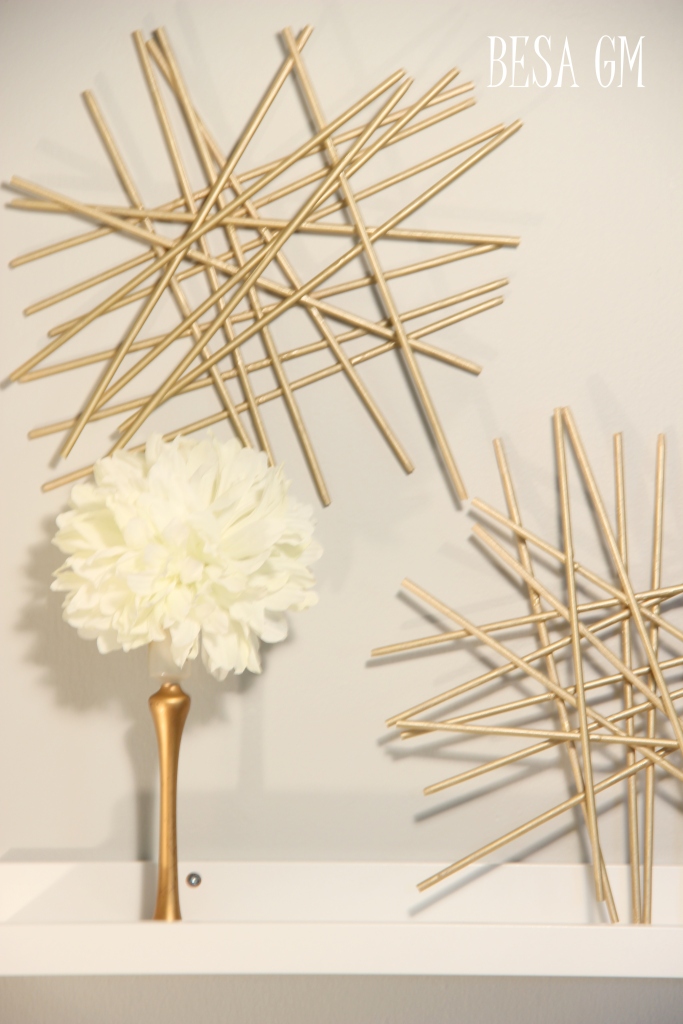 So my friends, it took me only 30 minutes to make both of them and, considering that I already had the supplies used for another project, I did not spend even a dime.

Are you inspired to make one?

Thank you the following blogsites for featuring this post: Romance On a Dime; All Things With Purpose; The Cottage Market
Thank you for stopping by.

25 thoughts on “Starburst With A Twist – Nate Berkus Inspired”